Stay informed, read our Blog Posts here or utilize the CDC Self Checker to help you make decisions about seeking appropriate medical care 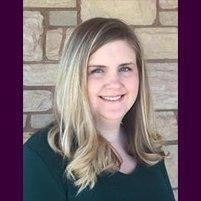 How effective are flu shots?

The flu shot is the single best way to prevent the flu, according to the Centers for Disease Control (CDC). Getting vaccinated not only protects you but also the people around you, including those who are most vulnerable, such as babies, young children, the elderly, and people with certain chronic health conditions. The flu vaccine also may make your illness milder in the event that you do get sick. Not all flu shots are created equal; some are trivalent which protects against 3 types of flu but we carry the quadrivalent flu shots for ages 6 months and up. There is also a high-dose trivalent flu shot that is recommended for adults 65 and older that helps build immunity in seniors a bit better than the standard flu shot.

Can I get the flu from the flu vaccine?

No. This is a complete myth. The flu vaccine is made from an inactivated virus that can not transmit any infection. When individuals get ill shortly after receiving a flu vaccination, they were likely already on their way to becoming sick. It takes at least one week, and sometimes two, for the vaccine’s protection to take effect. People wrongly assume that because they got sick after getting the vaccine, the shot caused their illness.

Who should get the flu vaccine?

With rare exceptions, everyone 6 months of age and older should get a flu shot annually. The influenza virus changes every year, and a new vaccine formulation is created to provide specific protection against the predicted circulating flu strains. Standard-dose trivalent shots are approved for use in patients 6 months and older. Specially-formulated high dose trivalent shots are approved for people 65 years or older. Flu shots are recommended for patients with chronic health conditions, and pregnant women. According to the CDC, a recent study found that babies of women who got a flu vaccine during their pregnancy were a third less likely to get sick with the flu than babies of unvaccinated women. This protective benefit lasts for up to four months after birth

When is the best time to get the flu shot?

The best time to get the flu shot is as soon as it becomes available, preferably by October. Generally, flu season peaks between December and February, but can last through late spring. It is not too late to get the vaccine in January or after.

Words from our patients